Give Gesicki an Evaluation Game

He doesn’t look like a baby fawn standing over the dotted line on an interstate anymore over the middle.

He’s finally playing up to his speed too. He looks confident

ANUFan said:
So...A Gesicki hater said...LOL...He's only been doing it against 3rd stringers and undrafted FA LBs...so it doesn't count...

Another one said...They've been letting him get free releases so ofcourse he's going to make plays...therefore it doesn't count...

Yet one more said...He still doesn't have any TDs and because of that he's the worst TE in the league....

I was at a sportsbar watching thr game, and a Jets fan (After yet another Gesicki reception) started yelling cover him, who the hell is Gesicki? While looking at me...Could not help but laugh.

Though a year late on this Gesicki, I know it's tough to make plays when your HC is more interested in how you block, then to produce with what your best at, so i'm not upset.

Welcome to the NFL young man, looking forward to seeing you dominate for years to come.

I don't think some know exactly who Mike Gilsicki is and just how good of an athletic he is, asking him to block on a regular basis is not using him the right way. He is not an inline TE. 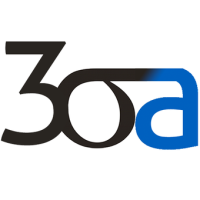 Mike Gilsicki is a pass catching tight end of the highest caliber - saying he is average is not correct.

Fitzpatrick had his best game as a Dolphin and Gilsicki feasted.

What Gase asked him to do in his 1st year was unbelievable and a total misuse of his talent.

dougb123 said:
I don't think some know exactly who Mike Gilsicki is and just how good of an athletic he is, asking him to block on a regular basis is not using him the right way. He is not an inline TE.

Mike Gilsicki is a pass catching tight end of the highest caliber - saying he is average is not correct.

Fitzpatrick had his best game as a Dolphin and Gilsicki feasted.

What Gase asked him to do in his 1st year was unbelievable and a total misuse of his talent.
Click to expand...

All offensive NFL football players need to be able to block.

Some will block better then others. Some positions require more blocking capability then others.

Sooner or later they are all going to have to block someone.

This has typically been taught on a hit or miss basis in college football but it is an absolute necessity in the NFL!

Adam Gase did Mike Gilsicki one of the biggest favors a coach can provide to a player. He had him learn a necessary skill during his rookie year and gave him time to develop it. The fruit of the efforts on Mike Gilsicki's part are showing up now and will be with him throughout his career.

I will be surprised if he doesn't become a relatively effective blocker, and I anticipate that the strength he develops to improve his blocking will also complement his ability to manipulate his body when interacting with defenses before the catch, catching the ball and running through opponents after the catch.

It is becoming evermore clear to me that many posters who feel they are knowledgeable about football basics are demonstrating a "can't see the forest for the trees" kind of mentality. To them I recommend they quit playing Madden. Oversimplification never solved a problem but has certainly has created many.

How many TDs does he have? Allen Hurns has more TDs. Seems the hype machine has been ramped up once again. I hope he breaks out and contributes. Top 30 TEs in the NFL. Only 3 have zero TDs. Gesicki being one of them. Maybe it's a scheme thing if hes not seeing the ball in the red zone but reading some of these posts you would think we have a Pro Bowler TE in his 2nd year. I hope he continues with his progress but slow down with the hype. It's too much too soon. Hes averaging 3 catches a game which is an improvement from his rookie season but hes supposed to be a receiving TE.

Keith Jackson was never a good blocker. He was another receiver basically. Gesicki will be the same way more than likely.

Gotta love the size of our receiving corp moving ahead. With Gesicki, Parker, and Williams that's three really big targets that presents a lot of matchup problems. Add a real burner that can stretch the field, not to mention a franchise qb, and we have the makings of a really dangerous passing game in the near future.

I like what I seen lately but I don’t think every team will be covering him with a guy off the street like the jets did. Allowing him a free release. But I am Hopeful. I believe in his skill set. Need to see it again and again

djphinfan said:
I’m sorry, I wanna see something that I can hang my hat on but all I see is someone is on ice skates.. I think he can occasionally make the leaping grab over the top of defenders but I believe his lack of core strength and balance will always be the thorn in his side, and our side..
Click to expand...

hes doing better, just continue to get him free releases, and keep him from blocking in line he should have a nice role as a part of the wide receiver rotation.

This is still my favorite thread.

I still think it has an awful lot to do with work ethic. I’ve seen an awful lot of guys start like gesicki did in 2018 and never amount to a damn thing.

That said I’m still drafting the penn state tight end so I can have a consistent go to chains mover on 3rd down. Someone who also can do damage from in line.

I’m just pairing him with gesicki. Didn’t think I’d ever be saying that.
L

I think the PSU TE said he’s going back to school. He will be A Rd1 pick.

There was so much garbage heaped upon Gesicki...

'He's shaped all wrong' was among the silliest things that were said...

But most of it came down to childish impatience. The meat-head squad wanted him to be elite and be elite right now, dammit! ...and if he's not, well then he is garbage!!!

I have to laugh at these guys. ...and feel sorry for them.

Lovethefish said:
I think the PSU TE said he’s going back to school. He will be A Rd1 pick.
Click to expand...