Josh Rosen Trade Rumors: Dolphins in 'No Hurry' to Deal QB Despite Getting Calls

Wildbill3 said:
well that and fitzpatrick might be the smartest QB in the NFL.
Click to expand...

and it wasn't Rosen complaining.....
S

The bottom line for me is I'm hopeful that Rosen can at least develop into a solid backup. That wouldn't be a bad investment for a 2nd round pick. With Tua's injury history, having a good backup makes sense.

Now, if someone wants to overpay for Rosen that's another issue.
S

BlueFin said:
I get your perceptions...but we didn’t draft him top ten...we don’t have a big salary invested on him...he is a perfect developmental QB...and I’m quite sure the Dolphins feel the same way, as evidenced by their actions.
Click to expand...

No the Dolphins didn't but the Cardinals did and the Dolphins still had to give up a 2nd round pick for him. So it's not like the price was cheap to get him. They basically took a flier on him and it ended up being a bad trade because Rosen will never get a chance to make an impact now that Tua is here. He had his chance last year and blew it. I just can't see Rosen being on this roster long term.

Throw in the players like Erik McCoy that have proven to be outstanding young players that teams like Miami could've had instead and you begin to see the big picture. He's not some late day 3 flier that some sneaky scout took a chance on as a developmental prospect. This is a kid who stood there and proclaimed that he was the best quarterback in the draft.

It's year 3. At some point you're just required to seize a job, produce, and string together wins.

For Mr. Rosen, that time is getting awfully close. It'll come and go before you know it.

Wildbill3 said:
well that and fitzpatrick might be the smartest QB in the NFL.
Click to expand...

Well...Harvard...and it was in my opinion his best season ever.

Sometimes the lightbulb goes off late for these guys...wouldn’t surprise me if Fitz has a magical season!

Wildbill3 said:
really? the thing that bothered me was that at critical moments, The OLINE **** the bed.
Click to expand...

BlueFin said:
To write off Rosen at this point is extremely short-sighted. And this has nothing to do with Tua.
Click to expand...

No it isnt... Actually spending any time planning for the event that Rosen might pan out is about the same as starting to shop for a ferrari because you bought a loto ticket... 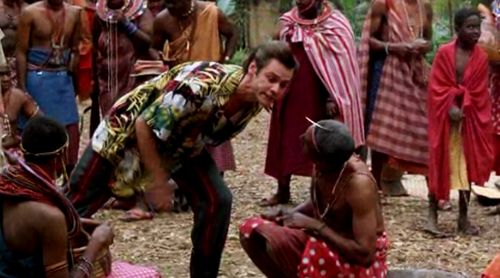 Yeah...and that got his loaded team with best running game in the NFL how far?....it fell short

BlueFin said:
Yeah...and that got his loaded team with best running game in the NFL how far?....it fell short
Click to expand...

It wasn’t the best until he got there.

While Tua is toe tapping to his favorite disco songs, Josh Rosen is throwing footballs thru a tire swinging from a tree in his back yard.

Fitz is eating his 3rd birthday cake this month, growing facial hair and waiting for his social security check.

Hey the Dolphins are finally interesting...

lurking said:
It wasn’t the best until he got there.
Click to expand...

Don’t be afraid to look it up.

volk said:
I honestly believe they feel threatened that if Tua were in some sort of competition with Rosen that the coaches might give the nod to him over Tua. Maybe they think that Tua is going to make us instant playoff contenders and think Rosen is a threat to getting Tua on the field right away? Maybe they are concerned that if Tua is injury prone as feared, Rosen will supplant him due to injury? Honestly, it is one of the stranger backup QB fixations I have seen.
Click to expand...

I know, right? Why would the generational talent Tua be threatened in any way by a bum like Rosen? Hmmm?

If Rosen is actually good enough to threaten Tua's opportunities to start, isn't that a good problem to have from a team perspective?

Of course, all of our fans think team first, right? They never focus on one player over another. No way

EJay said:
Passing for 4K yards is your undeniable proof of greatness? In an era where pretty much ALL competent QB's are doing that?
Click to expand...

Lol. Last words are all mine? I'll make the word DENIAL.