Marino: Don’t Want Belichick to Top Shula In Wins | Page 2 | FinHeaven - Miami Dolphins Forums
Menu
Log in
Register
Install the app
You are using an out of date browser. It may not display this or other websites correctly.
You should upgrade or use an alternative browser.

You know the scumbag Bellichick will coach till 100 if he has to in order to get that record.

Marino didn’t write it, he said it.

And people speak in shorthand slang all the time.
G

juniorseau55 said:
Marino should have worried about topping at least one super bowl win lol.
Click to expand...

You can always go snd support someone else if you have an issue with our greatest QB of all time. Such an asenine thing to say. Keep your Marino dislike comments for the patriots fan site you’re a member of.

No matter what I will never consider anyone to be as successful of a coach as Don Shula even if they do catch him in wins. Because you have to consider that a large chunk of his career there were 13 or 14 games not 16 and now 17 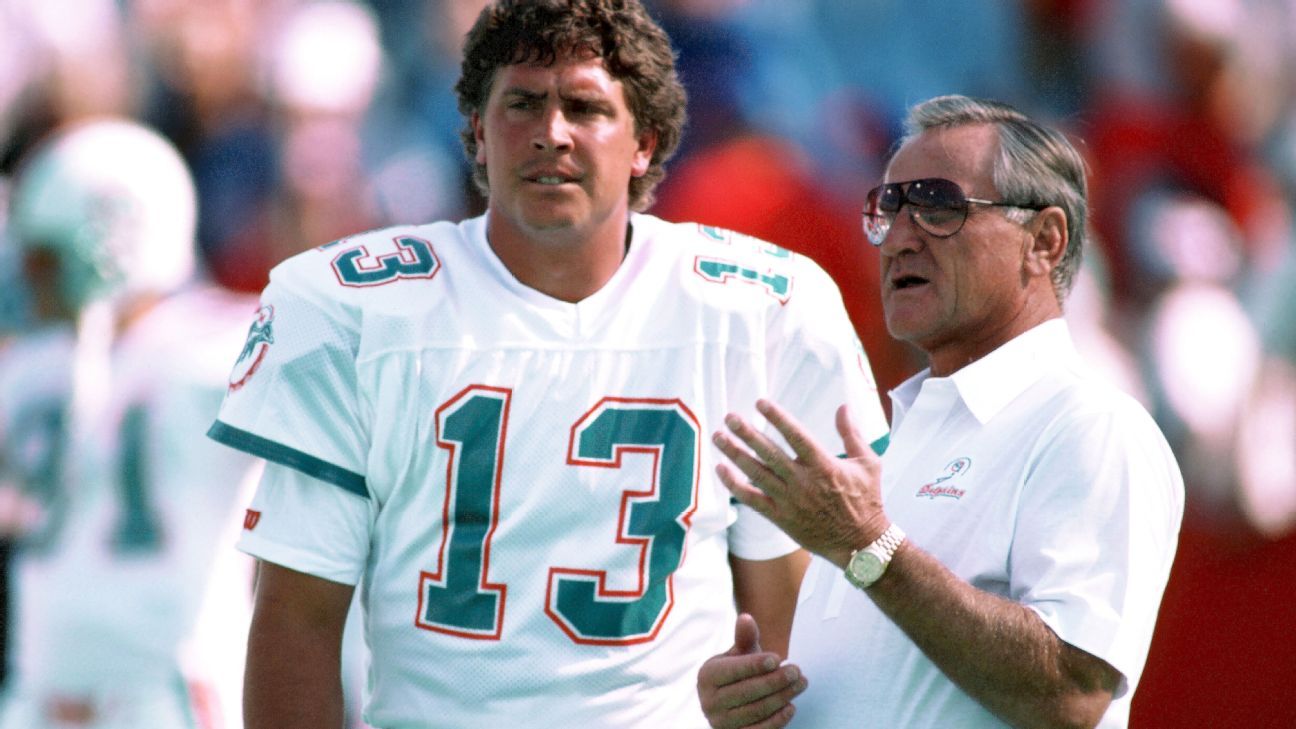 me neither. Have enough tainted records in the books.
Click to expand...

Coach Don Shula was unique. None of those silly "very" or other modifiers ... unique means ONE of a kind ... not just rare.

Belicheat is a great coach ... no doubt, but Don Shula was one of a kind, and he did it in an era where we played less games, and in an era where coaches needed to coach up players. There was no internet to facilitate kids training themselves up from grade school. There was no social media to police his players ... hell even when we were winning the players once went out in the swamp, wrestled a live gator, tied him up and took him to the stadium and slipped the live gator into Coach Shula's shower. When a naked Shula hopped into the shower with a very ticked off live gator .... he was naturally a bit agitated. XD His wrath was strong and instant. Only the quick wit of our star FB Larry Csonka saved some good players from an instantly getting cut. Csonka said something to the effect (not an exact quote), "I don't know why you're so upset Coach, we voted to tie the gator's mouth shut, and it only won by 1 vote, but I voted to tie its mouth." Yes, strong willed players existed back then too, and being able to manage those personalities was not easy.

I stand with Dan Marino. I hope Belicheat never reaches the milestone set by the Greatest Of All Time, GOAT Don Shula. In fact, this very board has a special private forum called "The 347 Club" in honor of the win total of the legendary Don Shula.
Last edited: Jun 3, 2021

Location
Is that concrete all around or is it in my head?

If Belicheat gets it, this "*" should accompany the citation:

*Achieved through questionable ethical standards and inflated by the ability to play additional annual in-season games than the previous record holder, Don Shula
1

He might not want Belichick to break the record but I have no doubt he will. If Belichick coaches 5 more years which seems very likely, he will easily pass Shula’s total win record. Especially since the NFL has added 1 additional regular season game to the schedule.

Belichick will always have an asterisk next to his win totals because of his cheating, Shula doesn't have that shadow hanging over his record.

I honestly don't care what the number of wins ends up being when Belichick retires, he'll never be better than Shula was...

The AFC has been dominated for 15 years.
The teams are more evenly matched.
Its going to take Bill 8 more years at least

'Deep said:
It's going to happen. Nice to coach your entire career with a 16 game season. Shula didn't get that luxury til '78.
Click to expand...

BlueFin said:
For Nearly two decades, and there were many 12 game seasons in the 60’s....
Click to expand...

LANGER72 said:
The AFC has been dominated for 15 years.
The teams are more evenly matched.
Its going to take Bill 8 more years at least
Click to expand...

Agreed, the East is actually competitive and is no longer 5-6 gimme wins for Belicheat every year.
1

George Halas coached the majority of his career when the NFL only played a 12 game season and there was only 1 playoff game which was the championship game. While he is second in wins, he had a higher winning percentage than Shula.

juniorseau55 said:
Marino should have worried about topping at least one super bowl win lol.
Click to expand...