***Official Miami Hurricanes Thread*** | Page 724 | FinHeaven - Miami Dolphins Forums
Menu
Log in
Register
Install the app
You are using an out of date browser. It may not display this or other websites correctly.
You should upgrade or use an alternative browser.

I thought he was UGA all the way. We’re going to have one hell of a squad.

It's amazing that we're pulling in a class like this, considering how bad we **** the bed this past season. Imagine what a 10 win season will do?

fishfanmiami said:
There are 2 other 5 stars that have us in their top group so this class could be special
Click to expand...

I think Leonard Taylor, the DT, will commit to us next.

Not a 5 star guy, but another commit

Miami's recruiting class back in the Top 10


Miami is back in the Top Ten of the 247Sports Team Rankings after landing the commitment Miami Palmetto three-star wide receiver Brashard Smith Sunday evening.

The Hurricanes, whose score jumped to 242.58 after landing Smith, leaped Florida in the rankings and are a little over four points away from the ACC champion Clemson Tigers, who have the No. 9 class.

Smith, who is considered one of the fastest players in The Sunshine State, chose the Hurricanes over offers from Florida, Tennessee, Oregon and Auburn. The rising senior took 13 of his 36 receptions for a touchdown as a junior and was named first-team All-Dade by The Miami Herald. 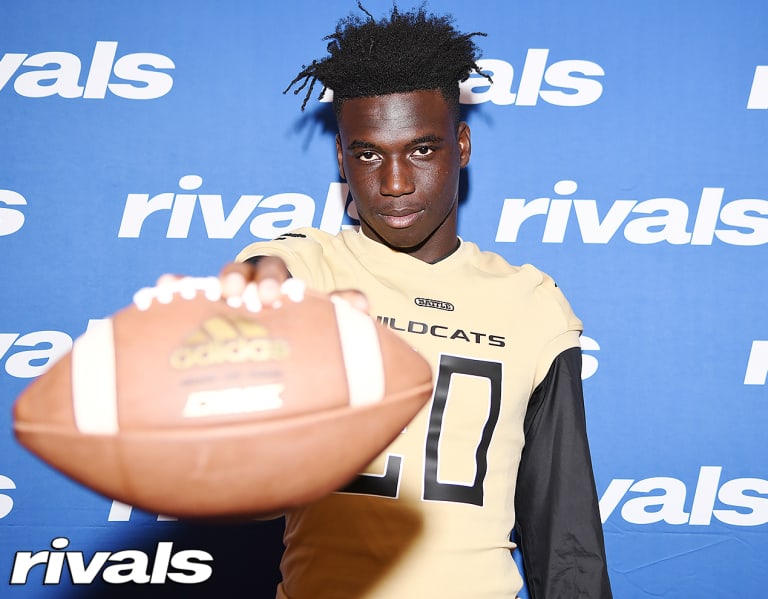 James Williams has Miami trending up among South Florida recruits.

Miami is killing it in South Florida — Have we seen this before? Here and there. Back in the day under Randy Shannon, it was thought Miami was back in South Florida and under Mark Richt the 'Canes did really well one year, but I haven’t seen anything close to this level in awhile. The commitment of
James Williams
has really helped Miami turn the corner and
Leonard Taylor
and others should follow. Around 85 percent of the Hurricanes' class is from South Florida and Manny Diaz is killing it.

Canes should move from the ACC to the Big XII

ACC Schedule is out:

10 games in conference, one game OOC.

We get Clemson, NCSU, L'Ville on the road as additions, I think?

Sucks we don't get Notre Lame.

Schedule just got a lot harder but that's fine.