Tannenbaum wheeling and dealing for the Dolphins | FinHeaven - Miami Dolphins Forums
Menu
Log in
Register
Install the app
You are using an out of date browser. It may not display this or other websites correctly.
You should upgrade or use an alternative browser.

Tannenbaum wheeling and dealing for the Dolphins

Most kids in Needham in the 1980s wanted to be Larry Bird when they grew up. Mike Tannenbaum wanted to be Larry Bird’s boss.
“Growing up, I wanted to be the GM of the Boston Celtics,” Tannenbaum said last week in the hallways of the Arizona Biltmore in Phoenix at the NFL owners meetings. “Seeing how Red Auerbach manipulated the draft back in the late ’70s and early ’80s, drafting Larry Bird with the junior eligible exemption, trading Gerald Henderson to Seattle, turning that into the second pick of the draft, that really inspired me.”


Tannenbaum’s passion led him from Needham High School to the sports management program at the University of Massachusetts, law school at Tulane, and internships for the short-season Single A baseball Pittsfield Mets, New Orleans Saints, and Cleveland Browns under former coach Bill Belichick.
And now the guy who used to pour the cheese on the nachos, and ran menial tasks for Belichick, Michael Lombardi, and Ozzie Newsome, is running the show for one the biggest rivals of his hometown Patriots, making big splashes in free agency and giving Tom Brady and the other AFC East quarterbacks a lot to think about this offseason.

Tannenbaum, the Jets’ general manager from 2006-12, has resurfaced this offseason as the Dolphins’ executive vice president of football operations. And in less than two months on the job, Tannenbaum has traded the bloated contracts he inherited from Jeff Ireland, surrounded quarterback Ryan Tannehill with a handful of younger, faster weapons, and made the biggest splash in free agency by landing defensive tackle Ndamukong Suh before Suh had time to book flights to visit any other teams.


The only player Tannenbaum missed was tight end Jimmy Graham, finishing second to the Seahawks in the trade sweepstakes.
“When I started, free agency was right around the corner, so it hasn’t exactly been quiet,” Tannenbaum said. “People say, ‘How’s the weather?’ I just know where the Renaissance [hotel] is and our office is and where the Starbucks is, and that’s about it.”
Tannenbaum made his signature move in Suh, opening up owner Stephen Ross’s wallet to give Suh an eye-popping $59.955 million guaranteed, a record for a defensive player. The Dolphins now have a vicious and extremely quick defensive line with Suh (36 sacks in five seasons), Cameron Wake (35 sacks over the last three years), and Olivier Vernon (21½ sacks in three NFL seasons).
“We were extremely opportunistic on Suh. I think he’s going to bring so much to our table that you can’t even quantify,” Tannenbaum said. “Can we make the pocket dirty for Tom Brady? Those are constantly the questions you have to ask yourself. Look, the Patriots are the defending division, conference, and world champs, and it starts with them. The Bills and Jets aren’t sitting still, either. So, we have a lot to do.”
The Dolphins are no strangers to making a big offseason splash. It was just two years ago that they spent big on Mike Wallace, Dannell Ellerbe, and Philip Wheeler, only to have Tannenbaum dump their contracts this month after two unproductive seasons. But the Dolphins always seem to make big signings in March but fall flat in the regular season, with just one playoff appearance since the start of the 2002 season. Joe Philbin is 23-25 in three seasons, and despite a contract extension through 2016, is firmly on the hot seat.
This offseason brings the same promise of paper-champ optimism. In addition to Suh, Tannenbaum landed a young, productive, and cheap wide receiver in Kenny Stills, signed a solid slot cornerback in former Steelers veteran Brice McCain, and swapped out oft-injured Charles Clay for former Browns tight end Jordan Cameron, a move that depends on Cameron regaining his 2013 form (seven touchdowns) and not having a recurrence of his concussion issues.
As exciting as Suh and the other offseason moves are, the Dolphins’ fate still mostly comes down to the development of Tannehill, entering his fourth NFL season. Tannehill is only 23-25 as a starter, but he had an impressive 27-to-12 touchdown to interception ratio last year, completed more than 66 percent of his passes, threw for 4,045 yards, and does have two victories over Brady in his short career.
Tannehill’s presence is a big part of why Tannenbaum joined the Dolphins’ front office after consulting for the team last year. Tannenbaum reached two AFC Championship games as the Jets’ GM, and former Texas A&M standout Tannehill certainly has shown a lot more promise than Mark Sanchez did.
“In Ryan’s case, he has the talent, and he has the ceiling because of his character. He really has maturity beyond his years,” Tannenbaum said. “Of course he’s an important piece, but we also went to two championship games with a rookie quarterback and a young ascending player. For us it’s, ‘Let’s build the best team,’ and there’s a lot of ways to win football games.”
Tannenbaum jokes that his offseason plan is “firmly etched in pencil,” but the Dolphins certainly look a lot tougher than they did last December when they were firmly beaten down by the Patriots. They have a good young core coming into its own on offense with Stills and Cameron joining Tannehill, Lamar Miller, Jarvis Landry, Mike Pouncey, and Ja’Wuan James, and a defense that still needs help in the secondary but now has one of the best front fours in the NFL.
Ireland, the former GM, and Dennis Hickey, the current GM who has lost some of his pull inside the organization over the last year, certainly helped put a lot of the pieces in place. Tannenbaum hopes his moves put the Dolphins over the top.
“Look, it really doesn’t mean anything sitting here in March,” Tannenbaum said. “What’s important is what it looks like on opening day and every week. [The Patriots are] going to look different come the regular season like we are, so we’ve got a long, long way to go.”

Hope we draft Shelton. Make the pocket dirty for Tom Brady for real. Tannehill wil not lead us to a super bowl get real with yourself so build a powerhouse defense.

In a contract year

I like a lot of the moves up to this point, however there is still a ton of work to be done. Tannenbaum needs to show me he can do more than just swing for the fences, and prove he can have a reliable "batting average" so to speak.

And even if we bomb horribly this year, Philbin and Hickey will take all the blame and Ross will keep his buddy Tannenbaum here to screw over the next regime. 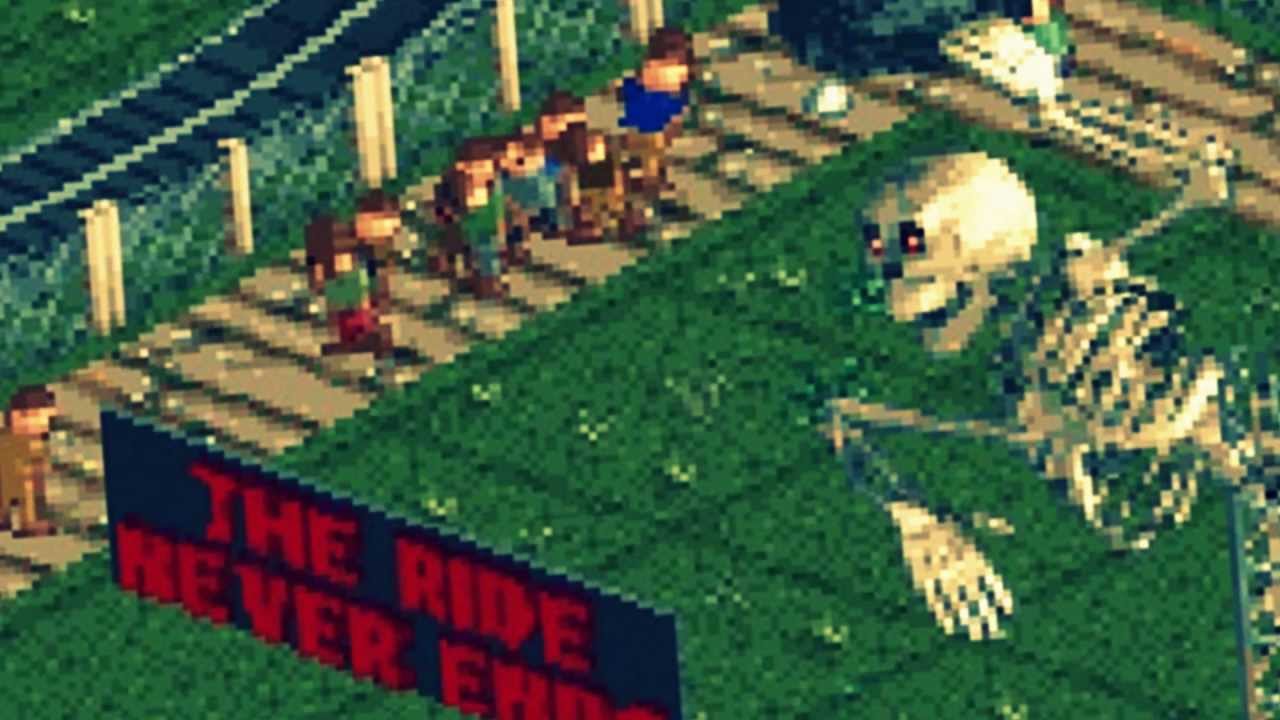 agree 100% hickey put together the best draft we've had in the last decade last year, and I love what Tannenbaum did this offseason, somehow trading ellerbe, and wallace with those horendous ireland contracts away... the only mistake was not franchising clay imo

So, according to the Boston Globe, we have co-General Managers?

Bumpus said:
So, according to the Boston Globe, we have co-General Managers?

Well you really can't say that they are wrong. While the titles might be different Tannenbaum is the one getting all the credit for off season moves.

Location
The magic's in the music and the music's in me

Finally he has a deserving QB on the roster with valid reasons to be extended.. so we'll see. At least there's no Bret Favre to sign :idk:

The thing that raises eyebrows: Why did Ross cut Hickey's legs out from under him, to a degree? Hickey is once again, essentially, demoted to assistant GM, even if the title doesn't say that.
Didn't we generally feel that Hickey did a good job?

People assume too much on Tannenbaum. If hickey let his legs get cut like that he is a very weak man. He could easily just let the league know the Dolphins were lying about Tannenbaum role. If that's the case this won't end well

If Tannenbaum was on the phone making deals for these vet players, then it's obvious he's doing at least half the job of a GM.
We assume Hickey will 'run the draft', but it's doubtful Tannenbaum won't have his fingerprint on that too.

I could just see the conversation that caused Ross to hire Tannebaum full time:
Ross: "What do you think of the job Hickey's done?"
Tanne... : "Oh, he's done a great job, but....."

Tanne...: "I'm interested in getting back into being the leader of football operations for a team, so I'm not sure if I can consult anymore.....
Ross, thinks to himself "I can't lose him" and says "you're hired" to Tannenbaum.

Moon Runner / The 3 AM Crew

Good article......Tannenbaum getting it done.
N

Bumpus said:
So, according to the Boston Globe, we have co-General Managers?