Whats wrong with X? | Page 6 | FinHeaven - Miami Dolphins Forums
Menu
Log in
Register
Install the app
You are using an out of date browser. It may not display this or other websites correctly.
You should upgrade or use an alternative browser.

vagrantprodigy said:
He gave up touchdowns in Buffalo (stopped trying when Diggs fell down) and against the Raiders, as well as multiple against Tampa. It varies depending on what site you look at, but his passer rating against generally is over 100. Completion % is higher than normal. Separation (on the few sites that measure it) is also below average for a starter (which means he is allowing more separation than most). QBs are also throwing at him more than many starters around the league. They are doing that because they know he isn't playing well right now.

This site seems to be missing some things (they only credit him with 1 td against for instance, which is blatantly wrong, as are several of their other stats for him), but it's one of the only ones that has advanced stats that doesn't require a membership. 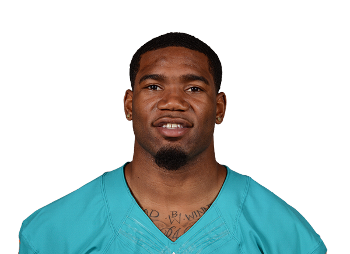 PFF has him at a 59 for the year, which is average at best. It's showing him with 32 targets and 20 receptions against. I'm not able to see touchdowns.

Thanks for pulling these. He did play gimpy in the TB game but I think the bigger issue is we don’t have any pass rush and no corner can cover when you don’t. We had a good rush last year and as a result we didn’t give up any long, over the top TDs as a team if I recall.

opticblazed said:
This is baffling to me. X has arguably been our best player the last few years. No matter how badly we played dude showed up. He has been getting beat like a drum all year. I saw some stat where he has given up the most touhdowns all year and giving up 125 yards a game . Is it scheme? Money?
Click to expand...

it is odd. i wonder if hurt, OR he has just given up. realizes the team has no chance. i am worried flores has lost the locker room and guys are already sort of mailing it in