spiketex said:
No, I only became a Dolphin fan when I accepted the opportunity to work in the US and it just so happened that I was based in West Palm Beach. If I had been sent to Colorado, I would have been a Bronco fan. If I had been sent to (god forbid) Green Bay, I would have been a Packers fan. I love sports and my passion is such that if I commit to a team, I commit 100%.
I still have a thick Aussie accent and follow my Australian teams but I no longer box kangaroos, wrestle crocodiles or swim with the sharks, stone-fish and blue-ringed octopi.
Click to expand...

Well, during my second alien abduction... 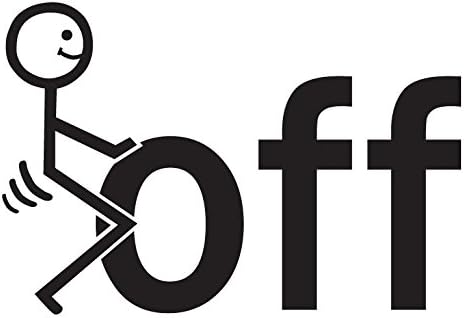 Your so mean what do I have to do to be international?


I was a child at the time obviously

Blegh. We were one vote away from being the Miami Sharks because of that damn show lol. Love my Dolphins but man I wish we were the sharks...

Fin-Loco said:
Blegh. We were one vote away from being the Miami Sharks because of that damn show lol. Love my Dolphins but man I wish we were the sharks...
Click to expand...

Sharks would have been cooler for sure but dolphins worked out just fine.

fishfanmiami said:
Sharks would have been cooler for sure but dolphins worked out just fine.
Click to expand...

We are a highly intelligent, lovable mammal!

I don't drink alcohol. I gave up the booze about 8 years ago and feel better for it. Just a personal choice.

spiketex said:
I don't drink alcohol. I gave up the booze about 8 years ago and feel better for it. Just a personal choice.
Click to expand...

Yeah, I seldom drink anymore and if it is it's an occasional Heineken, my drinking days are well behind me, this old body can't recover from it like I could many moons ago. Got tired of the week-long hangovers!

Hi guys, I'm from the UK and been following the Dolphins since 88. It was Dan the man I suppose was the reason I started following Miami he was just so explosive and exciting with the Marks brothers down the field you just felt he could score every time he threw the ball. I was lucky enough at the Dolphins vs Raiders game to get his signature on my gameday Jersey it's got pride of place in a frame on my wall. It was inevitable I was gonna be a Dolphins fan since I was born in 72 our golden undefeated season. I'm just hoping now they repay my faith in them with a consistent winning team after so many false dawns maybe even a superbowl

I became a Dolphins fan watching an NFL highlights programme on Channel 4 during Dan Marino's first full season. We get the UK TV channels here in Ireland. It was 1984 and Marino was raining bombs down on top of Mark Duper and Mark Clayton. I'd never seen anything like Dan Marino in full flow. I think I liked the aquamarine colours also - the Dolphins logo - the links to dolphins & the sunshine state of Florida. Anyway I was hooked as a Dolphins fan.

I followed the NFL and college football in any way I could - buying the weekly paper First Down, watching on Screensport, Eurosport etc. - and Finheaven of course in this millennium. NFL Gamecast has been a blessing. Lots of podcasts in the last few years. Looking forward to Tua, hopefully!

I‘m born and rise in Mexico (250 miles east from Mexico City), and fortunate enough, we have had football frequently since the 60’s, at that time was mostly Dallas games, so the majority of the people over 50 follow the Cowboys.
That change in the 70’s, so it‘s lots of Steelers, Raiders and Dolphins fans. We use to have 4 Sunday games on local channels plus Monday night, and football was, and still is the ultimate college sport and fills up stadiums down here, so it was/is very easy to follow.

Me in particular, got hooked about 75 or 76 when I was like four or five years old, my dad wanted to gave my older brother and I a Cowboys football set ( helmet , shoulders and uniform ) for Christmas, and the store was out of it, so he had a choice between Dolphins, Steelers and Raiders, pick the first two because of the colors, and gave them to my mom, she wrapped them and put a sticker with a name on it randomly, and of course I got lucky and got the good one. So since then, my brother and I have followed our teams passionately.

And finally for favorite player, I, as everybody else liked Jim Jensen, but for some reason I remember also likening Tom Vigorito, but my all time greats are 13, 54 and 99 with a honorable mention to Cameron Wake and the Mark brothers.

On a side note, I played football for about 7 seasons, and now my son, who I turned into a super Dolphins fans plays in the same team that I played 30 years ago, and fortunately I have been able to take him and my daughter to see the Dolphins a few times (see avatar), with the Miami miracle included.

No Aussies drink that rubbish!