13
Just had a wacky idea that I float for consideration. The relative modest amount that Gerald McCoy signed up for to join the Cowboys - $18.3M for 3 seasons (only $7M guaranteed) suggests that the market for veteran DTs isn't what it was. The big fella, Ndamukong Suh ( a healthy 33 years young) remains a free agent. Yes, at Tampa Bay he has the opportunity to play with Tom Brady, but you can safely bet that he won't be Tom's BFF and he won't give them a discount. Ndamukong doesn't work at Target - he doesn't do discounts and has always been about his guaranteed money. While he's getting older, I think he still played at a pretty high level. How would you feel about him returning to Miami? Frankly, I think he would further bolster our much upgraded Defense and we still have $39.98M in our back pocket (2nd highest salary cap space available in the NFL).
Last edited: Mar 22, 2020

No he freelances too much.

I think Grier would rather have a player of less ability but will do specifically what he's told.

My issue w him now is that he takes too many plays off. The year the Rams made their run he was invisible most of the regular season, then a monster in the playoffs. Fine if we were a shoe in to be the no 1 seed but we’re not. At his age he has to pace himself / we need guys that are going to go out on every down. I don’t see him ever being able to do that again.

Suh is not the type of player that is part of a "team". He is a mercenary, nothing more nothing less....

You're right, it's a wacky idea.

Its interesting. If the price is right, might not be a bad idea. Obviously, talking about a short-term deal in the $5 million or less range.

At this point, I don't think he's worth more than that

SF Dolphin Fan said:
Its interesting. If the price is right, might not be a bad idea. Obviously, talking about a short-term deal in the $5 million or less range.

At this point, I don't think he's worth more than that
Click to expand...

I’d be more concerned he’s become lazy. Not an ideal trait to put on display for a young team.

If I am running the Dolphins I am not doing everything in my power to make the team as good as it can be for next season.

I am trying to build towards consistent competitiveness.

Signing players like Suh short term is what you do when you are closer to competing.

don't go clown shoes on us 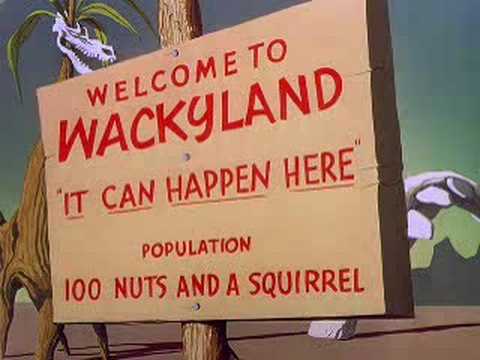 royalshank said:
I’d be more concerned he’s become lazy. Not an ideal trait to put on display for a young team.
Click to expand...

I can see that. I don't think he's Flores's kind of player, but he's also a coach who could possibly get the most out of Suh.

Love ya @spiketex but I'm of the opinion that we take a hard pass on Suh. Coach Flo is building a team focused on teaching and team-centric activities. Suh is a quiet guy who wants to stay in Oregon in the offseason, doens't want to show up for training camp, and the moment he sets foot back in Miami will have his un-fulfilled contract on his mind and have a hard time becoming a team-centric guy. IMHO, he will work against the TNT Wall concept that Coach Flo is trying to instill. It's going to be harder going through minicamp and training camp with all those rookies if they know Suh isn't going to show up unti lthe last minute and then just be a star. Sends the wrong message, IMHO.

I need to go back to sleep, and wake up again and read this.

He'd just be taking snaps away from younger players that are part of the future. If we were real close to a SB then I'd consider it but our year could be 2021 so I want the team to get the young players ready to make a push in 2021. At that time we'll see if we have one or two holes to plug in order to make that run. That's when you look for a veteran that could get you over the hump.