Can You Read The Signs?

Agree with everything but 2. Vernon,Miller, Landry all let go but they were the right choices. Think Howard is the only one they deemed worthy as he’s finished as a top corner and improved every year meanwhile guys like miller,Vernon and Landry all had limitations and even at there peak were maybe top players 10. Think they deemed Howard as I believe he has no limitations and see no reason barring injury he’s not a top 3 corner.

How many times have we as fans said this is different? I've been to this rodeo before. Don't believe it until it actually happens. If you can't tell, I've become jaded by the last 20yrs.
P

DKphin said:
How many times have we as fans said this is different? I've been to this rodeo before. Don't believe it until it actually happens. If you can't tell, I've become jaded by the last 20yrs.
Click to expand...

It is fair to be jaded. Fellow jade here.

But it is unfair to you (and me) to not recognize that the "different" we are seeing this time is reflective of a shrewdness we have never seen since the days of JJ. The Rosen trade, especially nabbing an additional 2020 2nd, before giving AZ the leftovers was pure tea bagging that we have never seen here in a very, very long time.

The staff filled with experience and wisdom is also something we've never seen. The FO and HC have shown they are not afraid to surround themselves with thinkers and experience. Both Grier and Flores are first-timers in their respective positions and they have hired people who have previously held their title. They are not intimidated by fellow egos. Also something we have not seen in a long time.

Parcells brought the control, resources and vision. But he lacked people at the highest level that could challenge him. His "buy the groceries" mentality led him to surround himself with a lot of "yes" men.

JJ brought a bravado and cavalier-ness that instilled confidence and swagger but he couldn't put his final stamp on the rebuild.

Grier is proving to be the GM I thought he was capable of being. He finally has his chance, paid his dues, watched many ways to fail and has positioned himself and this team with a vision. And he is NOT afraid to go get the resources needed to make it happen.

When we look back, the Rosen move will prove to be the genius stroke that catapulted us forward. Even if Rosen doesn't work out, this "loading the chamber" mentality of continuing to fire while retreating will continually give us chances to get it right.

Grier's rebuild is looking more like a fighting retreat to regroup and reload for attack. That mentality will serve us well as we reposition ourselves in the AFCE.

He's practically been in the AFCE most of his career, he knows this division and he knows the Miami Dolphins. We are finally in good hands. It may take some time, but we are finally headed in the right direction.

DKphin said:
How many times have we as fans said this is different? I've been to this rodeo before. Don't believe it until it actually happens. If you can't tell, I've become jaded by the last 20yrs.
Click to expand...

Pessimism or hope, is just each individuals choice. ( At this stage )

IMO way to early to make a real judgement. Don't believe and I do not NOT believe but rather giving the New Organization a legitimate Grace period of this year in order to see the actual level of competence rather than making statements developed through ones imagination based on potentially ridiculous images of things in the past, which just as easily can have total squat to do with anything going on now...

But to each his own and I've changed somewhat because of the realistic potential of improvement if their movements are somewhat successful..

Kinda like the Glass is half full... and just the one point that Gase isn't here is another significant movement worth some level of appreciation and positiveness.

I bet our owner is laughing his A$$ off at the jest now. Proving that keeping Grier as the right choice. 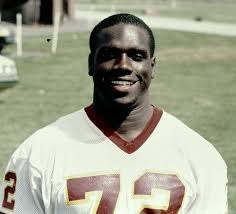 1) My view is Gase is a cancer that in now infecting our rival in New York. They may have a decent year in 2019....but it will implode as the cancer spreads in the future.

2) I’m hopeful that Grier is going to be a good GM...I like how it’s beginning so far, and in the urgency shown to find the franchise QB as quickly as possible. I subscribe to the Ron Wolf theory on QB’s. The number one area of failure made by Wannstedt, Saban, Parcells and Gase regimes was the failure to takes shots to find a true franchise QB....and pass on prospects that have torn up the league, whilst Miami has floundered in mediocrity for 20 years.... so the Rosen trade gives great optimism that Grier gets it.

3) I have no idea how good of an NFL head Coach Flores will be...even if you appraise his one year as a non-titled defensive coordinator a success... history has proven not every great coordinator succeeds as a head coach.... so I’ll have to reserve judgement on that one. I do like the manner in which his staff was assembled...that is a hopeful sign to feel good about.
H

I think the 2019 theme is already set. attempting to make chicken salad out of chicken **** personnel wise

Or that. One or the other

The availability and subsequent acquisition of Rosen changed the basic dynamic of this teams rebuild
in the sense we have a legit possibility to solve the QB riddle with talent on the roster. That means the
"bridge" to 2020 is a lot more sturdy than we anticipated before the draft -- and that also means Flores
and Grier may invest more aggressively to "win right away" than previously thought.

That said I don't anticipate them burning picks to address an OL spot or DE spot before the season starts
but it's pretty evident they are going to aggressively churn through candidates to fill positions. That aspect
tells me if there was ever a hint of tank it's absolutely out of the equation now.

Of course if Rosen "tanks" it's all for naught. I don't anticipate that happening but it's way to early to get
any definitive sense of what we really have. But I'm like 99% sure when they landed Rosen (which no one
was even remotely considering 45 days before the draft) it altered their initial plan.

Last -- found it interesting when Ryan Fitzpatrick was asked if he would have signed with Miami if he knew
Rosen was going to be on the roster -- he essentially avoided the question (meaning the rather obvious
he would not have signed IMO).

Just underscores the basic fact how much the (unexpected) addition of Rosen altered the basic trajectory of the program.

My opinion. Of course.