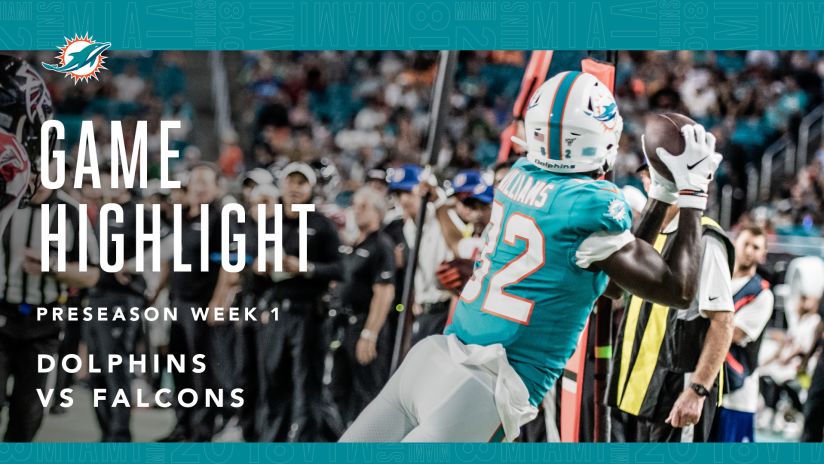 The most jaw-dropping play from Preston Williams’ explosive debut for the Miami Dolphins was planned out ahead of time. As the Dolphins went through warm-ups before their preseason-opener against the Atlanta Falcons at Hard Rock Stadium, Williams practiced a fade route down the left sideline, making sure to punctuate it with a one-handed catch with his left hand.

Lost in the fog

I haven't seen a WR play like that in preseason for the Phins for as long as I can remember. It's not just the production, it's the fact that nearly every catch was a highlight reel catch.

What a huge opportunity for this kid and for the Phins. Let's hope neither screws it up.

A Miami Dolphins fan, not a players fan.

OK I'm a little excited about him now.

He made those catches look easy.

We've got ourselves a beast.

This is the kind of player that could actually bring a prosperous FUTURE to the Dolphins.

I just hope he keeps is nose out of trouble. It seems when things are looking up for a player, there is an inevitable crash coming. The last 20yrs have made me a little jaded.
Last edited: Aug 9, 2019

Preston Williams will be a Miami Dolphin for years to come... impactful player that has everything to prove. Lets just hope the offensive line isn't so offensive and the defense can stop more than a nosebleed.

I was reading some of the negative comments on here about Williams whilst the game was going on. Comments like he was only playing against 3rd stringers and scrubs etc etc.
Not sure what logic was being used posting stuff like that. How was Williams supposed to play against those so called lesser players? To their level or worse? No, he played like a #1 WR which is a win/win. Some posters on here need to have a good look in the mirror and give their head a wobble because if a newbie comes in and lights it up with an outstanding performance (some of those catches were excellent btw) then the last thing anybody should be doing is making excuses as to why he IS playing well. Doesn't make any rational sense from a fans perspective. Comes across as a few posters expect or want him to fail. That's just poor and a little strange imho. Just enjoy the fact he's been put in a postion to play and he's showing he can play NOT 'oh he's playing against blah blah blah'. What else was he supposed to do?? Sorry but I had to get that out because comments like that annoyed me and made no sense.
E

Reminds me of Randy Moss 2.0

DKphin said:
I just hope he keeps is nose out of trouble. It seems when things are looking up for a player, there is an enviable crash coming. The last 20yrs have made me a little jaded.
Click to expand...

Dude will be starting by week 3.

I lose my mind sometimes when I am typing.

Why not week 1. He outplayed everyone.