Grade Flores: So Far This Season...

A+
Flores is a steller coach! With the right players onboard he can (will!) bring plenty of future wins.

This should be interesting...

CRIOS said:
A+
Flores is a steller coach! With the right players onboard he can (will!) bring plenty of future wins.
View attachment 33758
Click to expand...

IDK about an A+, but I feel better about him than I have anyone since Wanny was stalking the sidelines with that "deer in the headlights" look.

There is plenty to like about the guy. Seems like a guy who believes in being disciplined, prepared and holding ppl accountable. That only flies if you have player's respect, which I would say he does.

Some of his decisions, both in game and otherwise have been a bit suspect to me, but hey, he's a rookie, and hindsight is 20/20.

I'm going to go with a solid B+ at this point, with high expectations going forward.

It's almost impossible to say if the Xs and Os are superior, because he just simply hasn't had the horses, or the time (with all the player turnover) to make that determination.
Last edited: Nov 27, 2019

I’m encouraged by what we’re seeing thus far but the real evaluation starts next season when they have a roster that hopefully has a lot more legitimate NFL talent.

SCOTTY said:
This should be interesting...
Click to expand...

There are posters on both extremes of the scale.

Some want his head on a stick, others want his bust in Canton.

CRIOS said:
A+
Flores is a steller coach! With the right players onboard he can (will!) bring plenty of future wins.
View attachment 33758
Click to expand...

Overall, Flo has done quite well, with some head scratchers. Don't understand his obsession with ballage. I get the pass pro, but if he wants a solid run game, Ballage has proven ineffective. Don't understand Kilgore at OC. Seems the OL was pretty good with Boehm. He's made some in-game decisions I don't understand, but, to be fair, I see those same types of unexplainable decisions by a lot of HCs.

That said, the team was improving until he lost most WRs and his entire secondary. In-game adjustments, a real game plan, a disciplined team, until recently players seemed to know their assignments, firey guy. Hard to judge him on the 1st four games, so I'll say AFTER those games, he appears to be the guy Miami has needed for two decades. A-

Incomplete. He doesn't have an NFL roster and he is working with a lot of players that were not on the roster at the beginning of the season.

Assuming that the team gets some quality free agents and they hit on at least 50% of the draft picks that will make an impact, it will be fair to grade him at this point next season.

Given he's a rookie coach with pretty much a rookie staff (OC and DC), the development of players, the improved overall scheme I'd give him a B -.

And I also like the way he tears refs up after bad calls. He won't be taken advantage of just because he's a new head coach.

There are posters on both extremes of the scale.

Some want his head on a stick, others want his bust in Canton.
Click to expand...

Yeah he is polarized on here. Personally I like what he has done. I went into this season completely without expectation. I looked for the intangibles, constant improvement, penalties were on my list, team unity, player development, coaching development...gotta say he's ticked every list point. I'm excited to see a 1st draft, FA and off season. It's been a while since I've considered a coach exciting here in FL.

I can't tbh, I said prior to this season, this year is a free pass. On one hand the job he has done at extracting the very best out of very little is mightily impressive. However I am wary that this situation works in his favour in many respects, he has a bunch of hungry players who know this is their one chance to make it in the league, they are very mold able and listen to instruction, a big bi-product of that is the lack of penalties. I want to see how he does next year with a "normal" NFL roster and if his techniques translate. He's also playing without expectation and the pressure that comes with that.

I did not like the hire when we made it, but he has changed my opinion, he put together a great staff, he needs to take a lot of credit for that. He's made tough decisions when he had to and he's shown a real desire to do the best job he can and instill his way and culture into the organisation. He's certainly done enough to give us a lot of hope for the future.

I think it's almost impossible to grade him out on this season.

datruth55 said:
Given he's a rookie coach with pretty much a rookie staff (OC and DC), the development of players, the improved overall scheme I'd give him a B -.

And I also like the way he tears refs up after bad calls. He won't be taken advantage of just because he's a new head coach.
Click to expand...

Beyond being a rookie, with rookie coordinators, he really was dealt a pi$$ poor hand.

The front office was still swinging the wrecking ball on, literally, the eve of the regular season. I don't have an issue with it, as I believe it was the right thing to do for the future, but the players Flo has now are not the same group he had at the beginning of training camp.

I think he is a worse coach than Cam Cameron. Could have the worst pd in nfl history. Somehow he made the defense a lot worse than last year. New England doesn’t miss him.

The team seems to be trying despite playing with a bunch of nobodies
Didn't like the way he handles the Stills thing, and Ballage usage is beyond weird

I give the guy a ton of credit, really looks like he can coach. Will be nice to see the teams progression after our Draft Capital and FA $.

Some feel he could be coach of the year. 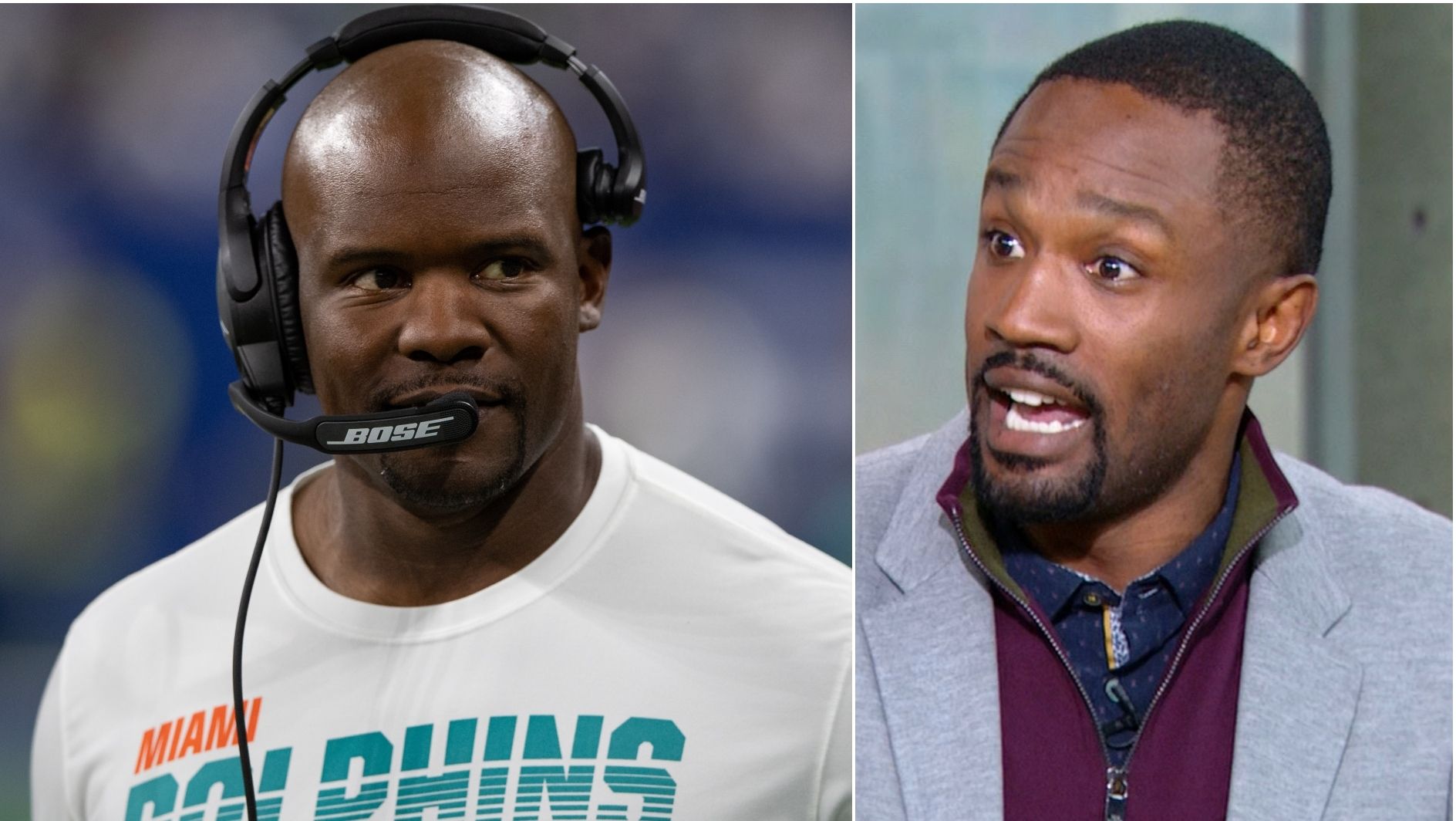 Foxworth: Flores should be considered for coach of the year - ESPN Video

Domonique Foxworth outlines why the Dolphins' Brian Flores should be considered for coach of the year, based on Miami's 0-16 expectations at the beginning of the season.